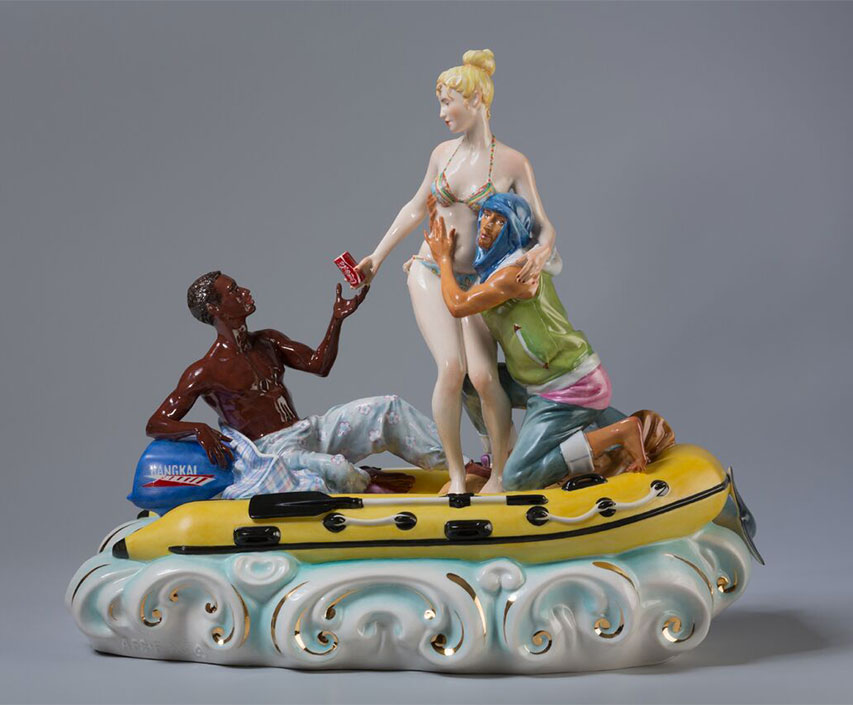 "The Mediterranean Sea is the reservoir of civilization – its heart has pumped people, cultures, and religions from shore to shore like blood. The Phoenicians and Carthaginians flowed north, the Romans and Crusaders south, the Genoese east, Byzantines west, the Islamic Caliphates east, west, north, and south. Sicily is right in the middle and the waves of all civilizations have splashed on her shores. This is still happening today.

The Mediterranean Sea is once again the epicenter of ideological contradiction. War has pushed refugees and migrants who, saving themselves, have floated and swum across it to confront Europe with a difficult choice. Their choice has already led to politically charged and ideological confrontations, to the polarization of public opinion and to the rise of xenophobia and ethnic violence.

This tragic situation has become a political conflict as well as the subject of negotiation and ideological speculation. In this form it has been transmitted by media as a meme in what is now described as 'post-truth'. The ethical situation that has unfolded out of this is paradoxical to say the least.

Making porcelain figurines on this subject could be thought an extreme manifestation of this paradox yet, through its distance, an artistic image may be more radical than reality itself because it can push conceptual limits.

Porcelain has always been a symbol of contentment and bourgeois comfort. The recent waves of migrations have confronted Europe with a dilemma: whether to accept refugees – allowing them to enter at the cost of the material and psychological comfort of their hosts; or to reject them in an immoral, inhumane, and cynical act that would undermine the co-operative ethical basis of Europe itself.

Comfort is both fallible and fragile, like the porcelain that is associated with it. Kept safe for generations in high places, porcelain figurines are attentively guarded but their fragility encapsulates the threat of instantaneous loss. They shatter easily.

The chosen form and material of these works contrast with the drama of what is unfolding in the Mediterranean today, and, by doing so, point to it. A reflected ray of light illuminates better than a direct one. We think that this holds true concerning this work."

Courtesy of artist, Noirmontartproduction and MAMM.